Singer Songwriter, and Founder of the ACMF. Australian born, Don Spencer was 20 years old and hitchhiking through Africa when he met up with the legendary Roger Whittaker in Nairobi, Kenya. It was this chance meeting that started Don’s career as a singer/songwriter. The songs he wrote with Roger inspired Don to embark upon a career that has resulted in hundreds of recordings and over 500 published songs and countless TV, radio and film credits. He has many gold and platinum albums and DVD’s and has written music for film, TV, Orchestra and many solo performers and groups in the UK, USA and Australia. Don’s career was launched in England when his smash hit recording of Fireball XL5 was the theme song for the hit TV series of the same name. Other original recordings followed and Don toured the UK for several years with the Rolling Stones, The Hollies, The Four Seasons and many other world famous artists. 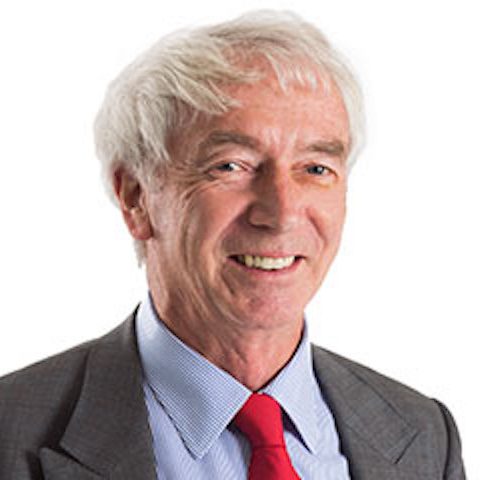 Brian Wexham is the Chief Executive of SkillsOne, formally a Federal Government initiative with the mission to promote and advance learning, teaching and training in trades education. Brian is former Chair of WorldSkills Australia. Brian’s background is extensive in media, advertising and publishing, and he has held executive roles with The Times and Sunday Times, The Observer and Today Newspaper in London. He was also the CEO of Lonrho Media PLC in East Africa, and is the author of several successful books and an international cartoon strip. Brian is a passionate proponent of music and committed to the ideals and mission of the ACMF. Mikael Borglund is a founding shareholder of Beyond International in 1984. During an outstanding career in the film and television industry, Mikael has been the executive producer of a number of Australian award winning feature films and hundreds of hours of television, produced by Beyond for broadcasters around the globe. His credits include a host of internationally successful shows. A highly regarded member of the Australian film and television industry, Mikael was elected to the council of the Screen Producers Association of Australia (SPAA) in 1994, and appointed to the Board of the Australian Film Institute in 1997 – 2005. Geoff Wilson is the founder and Chairman of the Wilson Asset Management Group and has more than 40 years’ experience in the Australian and international securities industry. Wilson Asset Management manages a number of listed investment funds, including WAM Capital Ltd, WAM Leaders Ltd and WAM Global Ltd. In September 2014, the WAM Group listed the Future Generation Investment Fund, a ground-breaking listed investment fund with charitable purposes focused on supporting organisations working with children at risk, including the ACMF. Danielle Spencer is an Australian singer-songwriter and film and television actor. Danielle released her critically acclaimed debut album ‘White Monkey’ through EMI Music Australia in 2001, and in 2010, released her second album, ‘Calling All Magicians’, in the UK and Australia. Danielle has recently appeared on ‘Dancing with the Stars’ on the Seven Network, representing the ACMF. The daughter of ACMF founder and CEO Don Spencer, Danielle is passionately committed to the value and development of children’s music education. Blainey North is the Managing Director of Blainey North and Associates, and Blainey North Collection, an international award-winning architecture and interior design practice. Blainey’s work is recognised worldwide, specialising in luxury hotels, residences, commercial and retail projects around the world. A member of the ACMF Fundraising Sub-committee, Blainey is passionate about the importance of music in developing children’s creativity. Matthew has been the Company Secretary of the Australasian Music Publishers’ Association Limited (AMPAL) since 2012 and the General Manager since 2016. AMPAL is the industry association for Australian and New Zealand music publishers. Always a music lover, Matthew is passionate about creators’ rights and the importance of music education for children, and the crucial work of the ACMF. Matthew is also a councillor of Music Australia and a member of the Australian Institute of Music’s Creative Industries Advisory Board. Prior to AMPAL, Matthew practised as a lawyer. Trudi Yip is Founder and Managing Director of Numeric Eight, a successful bookkeeping and tax practice which has been servicing clients for more than 15 years. Trudi established Numeric Eight to combine her love of numbers with her passion for mentoring other business owners. Under Trudi’s leadership Numeric Eight has flourished into one of Sydney’s leading bookkeeping and accounts management firms. Trudi believes the strongest relationships are built through trust, honesty and respect with clients and her team. For more than 80 years, or three generations, her family has run (and still runs today) one of the largest fresh hard vegetable product agents in the Sydney markets. She still gets up before dawn to help her family business at the Sydney Markets before continuing her day at Numeric Eight. Trudi believes music is a global language and every child should be able to benefit from the experience and joy that music brings. Michael Carmody is employed at Centennial Asset Management and has more than 20 years’ experience working in the Australian equities market. During his professional career, he has worked in numerous roles within Investment Banking and Funds Management. Michael has been actively involved within the not for profit sector, including as an indigenous student mentor and community homeless kitchen volunteer. He is passionate about making a contribution to the community and is committed to delivering the benefits of an integrated music program for disadvantaged children. Louise Pocock is an experienced governance professional. She regularly advises clients and writes about the latest insights and thinking on corporate governance. Most recently, she was the Deputy Executive Director of the AICD’s Governance Leadership Centre. Prior to this, Louise practised as a lawyer at Herbert Smith Freehills, specialising in dispute resolution. Louise is actively involved in the not-for-profit sector, including as a member of the Australian Society of Authors’ Investment Committee, member of the Coordinating Committee for Sculpture at Sawmillers, and former director of the Future Business Council. Louise is a children’s author and poet, as well as a former music teacher, and is passionate about the benefits of music and creativity for children’s well-being. Peter Northcote is arguably the most recorded guitarist in Australian history. He started doing session work in 1985 and is still one of the busiest session musicians in Australia today. Pete has moved onto a solo career with four albums. which have won critical acclaim. Being the first call for jingles, Pete has played on just about every ad since the mid-80’s. Having twelve library/production albums under his wing, his compositions have had regular spots on Oprah, Dr. Phil, and sports programs globally. Peter has recorded and performed with a myriad of amazing musicians, including Daryl Braithwaite, Guy Sebastian, Dragon, Human Nature, Jenny Morris, Jimmy Barnes, Paul Kelly, Yothu Yindi, Elton John, Cher, Shania Twain and the ACMF’s CEO and founder, Don Spencer, to name a few. Peter lectures at all of the major music universities and truly understands the connection, compassion and creativity that can only be gained by the teaching of music at an early age. Bel Harper has worked in the Out of Home media industry since 1997 in both Australia and North America. At oOh!media, Bel is the Group Director of Product Strategy, specialising in positioning, packaging, pricing and executing take to market strategies across oOh!'s 35,000 advertising assets. In addition, Bel leads the positioning and monetisation of Qantas' Clubs, Business Lounges and inflight entertainment media opportunities. Bel was recognised as oOh!'s 2020 Employee of the Year, was awarded the Outdoor Media Association's (OMA) Outstanding Service to the Out of Home Industry award (2021) and was a finalist in both the 2021 Women In Media and 2021 Best of the Best in the 'Strategy' category for her market leading work on oOh!'s audience led product strategy, Better Ways to Buy. Bel is a passionate supporter of the ACMF and her focus is to bring awareness of the impact the organisation has on the lives of disadvantaged children, through music, to the Australian public. Ellie is Director of Distribution at Pallas Capital and Co-Founder and Director of Aitken Investment Management, a global equity fund. She is currently admitted as a solicitor to the Supreme Court of and is a graduate of the Australian Institute of Company Directors. Holding Bachelor of Law and Master of Commerce degrees, and with two decades of education and experience in investment banking, philanthropy, business and commercial law, Ellie brings a valuable combination of legal, financial and entrepreneurial skills to corporate and not-for-profit boards of directors.